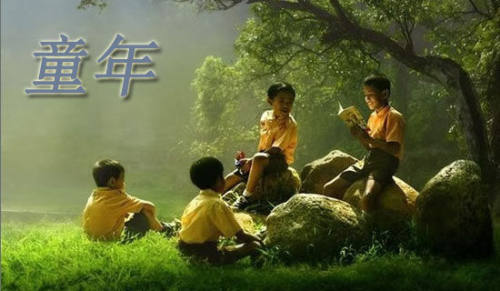 ЁЁЁЁLast sunday. I and my father, mother, grandparents, brother went to changbaishan by bus. In the morning we came down the mountain. I saw wooded mountains, wild flowers bloom. We climb up the hill along the mountain path. Come halfway up the mountain, I feel a little tiredЃЌit began to rain,My West Lake silk umbrella missed,. Dad said to me,ЁАzhaixiaoweiЃЌ donЁЏt do anything halfway.ЁБat lastЃЌSo I insisted reached the top, the top of the scenery so beautiful.We were flying kites, I was thirsty, my mother bought me a bottle of water, .finally we went home.finallyЃЌSince then, I've kept the umbrellaЁЃi was very happyЁЃ

ЁЁЁЁI remember it like yesterday.We were all waiting patiently for my father to e home from the race track.He promised me and my sister that if he won,he would take us all to Rye Playland.

ЁЁЁЁThe minutes felt like hours.It was the longest hour of my life.Then finally we heard the car door shut.Me and my sister ran to the front door anxiously waiting for the news.He opened the door and walked in.We tried to read the expression on his face but of course he was looking down while taking his sneakers off.

ЁЁЁЁThe suspense was killing us.Then he looked up.No words were spoken between us and our father.He just gave us a blank stare.I didn't know what to think.I was scared to ask because I was so worried of the response.

ЁЁЁЁI am already 18 years old,but the memory of my childhood is still like an unforgettable sweet dream.

ЁЁЁЁOne day,all my family went to climb a mountain.There father told my elder sister and me that the first one to get to the top of the mountain would be given a toy.Hearing this,we began to run up.At first I kept ahead,but a few minutes later my sister was ahead of me.However,I didn't give up.That toy attracted me to run forward,In the end I reached the top first.

ЁЁЁЁOn the top we enjoyed the beautiful scenery and had a piic.At dusk,we went down the mountain happily.I was the happiest one,because I not only got a toy train but also knew that one shouldn't give up readily.